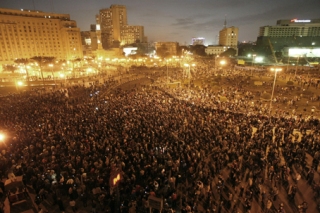 1) It is not enough to have a leader with good intentions, he should be smart enough to not be fooled by the people around him who may make him see the right as wrong and vice verse…

2) Incomplete justice is always perceived as no justice

4) You shouldn’t set back and celebrate victory until it really becomes a victory. “A lesson from Ghazot Ohad”

7) If you want to make a real change that lasts long enough, you shouldn’t rush it. 180 degree changes are worse than no changes at all “A lesson from 1952 revolution”

8) It is good to be a fighter but you should know that you can’t fight in all battles at the same time.. Pick your battles “A lesson of Yamin war and 1967 war”

9) If your plans didn’t work and u feel helpless, you should know that God is telling u that u r so weak and u couldn’t have done anything without His ultimate power and support. As humans we always forget and bad events happen to remind us of this fact

10) Very important: there is no absolute right or absolute wrong. Stop blaming each over and crying over the thrown milk. What happened was happened. Now, think about the future ” A lesson from the conflict between Seydna Al-Hussein and Seydna Mawaya”

The sunrise of a new innovation stream